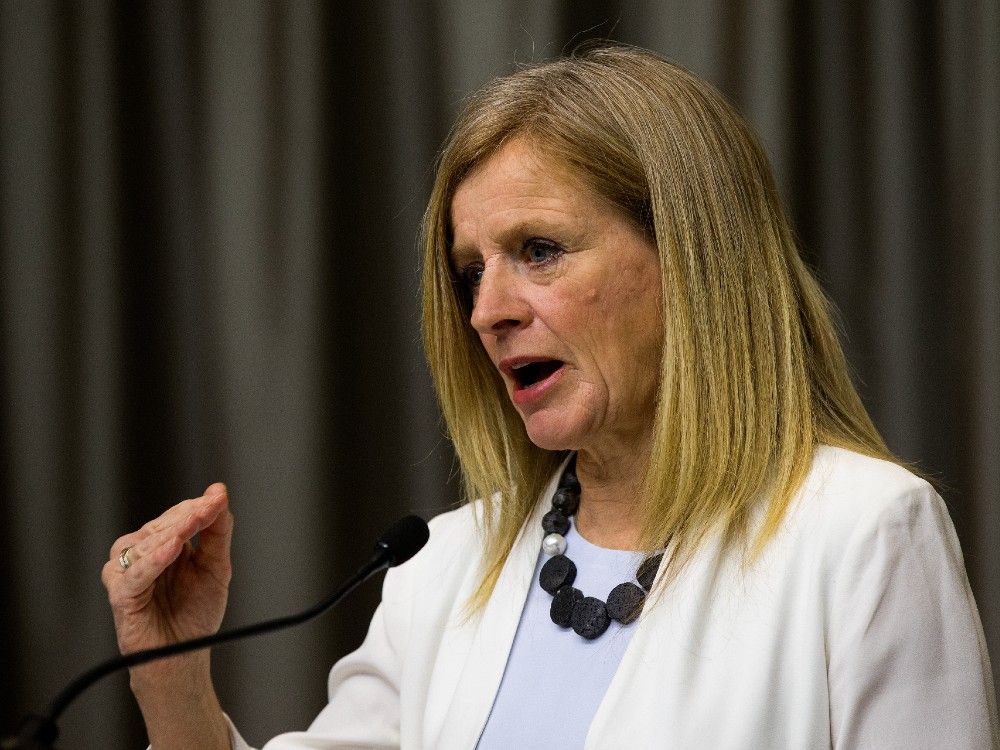 Opposition NDP Leader Rachel Notley made the announcement after saying she was told by Dang about the search warrant.

“At this time, we believe this case is related to the issue that arose when Alberta Health inadvertently disclosed personal health information through the COVID-19 records website,” Notley said.

In November, it was reported that Albertans could access other Albertans’ protected health information through the COVID-19 Records website.

Although there is mandatory reporting of breaches under Alberta’s Health Information Act, the incident is not being investigated by the Office of the Information and Privacy Commissioner of Alberta. Alberta privacy.

“However, during this earlier period when concerns were first raised about what could and could not be viewed through the COVID-19 records webpage, Thomas visited the website and then contacted Alberta Health from proactively about his concerns,” Notley said.

“We are unsure of the details of the ongoing investigation. Regardless, however, as this matter is now under active police investigation, Thomas has offered to step down from our caucus and j accepted this request.

Notley said his caucus had a long-standing policy that members under active police investigation would not sit on the caucus.

She said they did not know what the specific allegation was and that Dang was not at home when the search warrant was executed.

Before stepping down, Dang served as the NDP’s critic for infrastructure, democracy and ethics.

Late on Tuesday night, Dang posted a statement on Twitter and said he was told by a family member that a search warrant had been executed at his home. He said he believed the warrant was executed due to “vulnerabilities” in COVID-19 records on the provincial government’s website.

“In September, a concern was brought to my attention as a Member of the Legislative Assembly regarding the security of the immunization card system. I tested these concerns and found that a security flaw existed,” Dang said.

Dang said he immediately contacted Alberta Health so the vulnerability could be fixed. It was resolved soon after, he said.

Dang said he offered his resignation from the Alberta NDP Opposition Caucus while the investigation was ongoing and that he looked forward to a quick resolution and plans to continue defending his voters.

On Tuesday evening, the RCMP issued a press release stating that its Cybercrime Investigation Team (CIT) had opened a criminal investigation on November 18 after receiving reports of suspicious activity and unlawful access to private information. through the immunization records portal.

Throughout the CDI investigation, Mounties said reasonable grounds were developed to issue a search warrant at an Edmonton home. The search was conducted Tuesday and no arrests or charges have been laid at this time, RCMP said.

“The Alberta RCMP CIT would also like to point out that this is a very complex investigation that involves reviewing a significant volume of forensic digital evidence,” said Cpl. Deanna Fontaine . “This work will take considerable time to be fully completed.”

Editor’s note: This story has been updated to reflect the time of the breach and the nature of the investigation.

— With files by Kellen Taniguchi

Sign up to receive daily news from the Edmonton Journal, a division of Postmedia Network Inc.

Thank you for your registration!

A welcome email is on its way. If you don’t see it, please check your spam folder.

The next issue of Edmonton Journal Headline News will soon be in your inbox.

We encountered a problem during your registration. Try Again