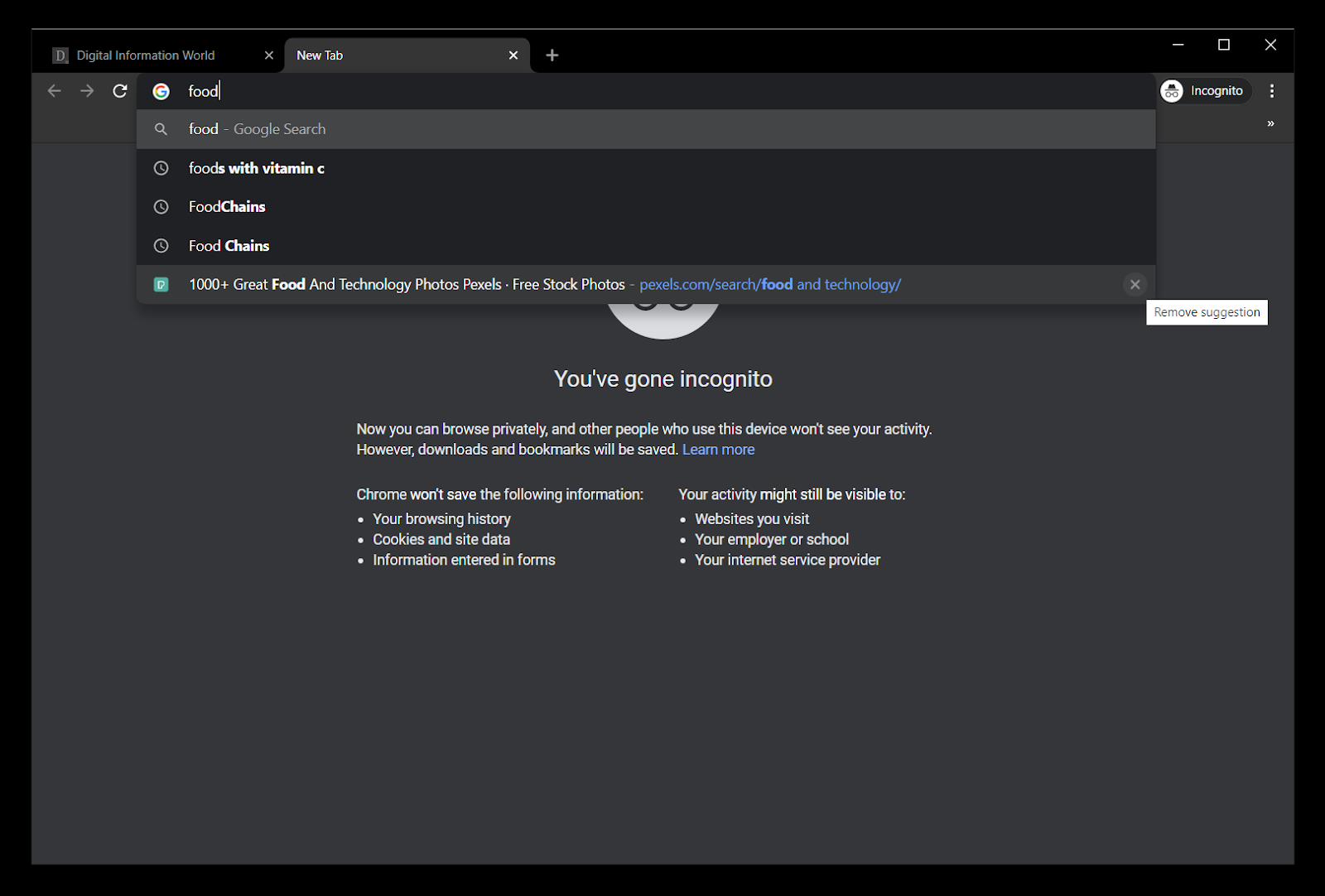 Google Chrome has rolled out its latest v83 update which includes various new features as well as tweaks. Users have a lot of security issues when using an internet browser. Google Chrome has introduced various tools and functions to give users additional control over security privacy. One of the new options introduced by Google Chrome is the mouse-powered security tool that lets you easily remove unwanted Uniform Resource Locator (URL) suggestions.

You may have noticed that when you start typing in Google Chrome’s search bar, the browser shows you a list of suggestions. These suggestions are the links to sites you have already visited and can tell a lot about how you have used your device. The feature is visible to anyone who uses their PC (both in incognito mode and normal browsing). Now, the new option will make it easier for you to delete these suggestions.

The option was first spotted by TechDows, and now there’s an “x” button that will appear next to a suggested URL. When users hover over this cross-shaped button, an option that says “remove suggestion” will appear. Click this option to remove all unwanted URL suggestions. Previously, Windows users had to press Shift + Del to delete them on Mac, users press Fn + Shift + Del.

However, there is a big caveat for this feature. If you see an arrow in the empty space, the ‘x’ button to remove a suggested URL will not appear. However, you can still use the keyboard shortcut to remove any unwanted URL suggestions from Google Chrome, but the mouse-powered version of the function won’t work in this case.

Still, the new feature is a welcome change as users had to search for tutorials on how to remove suggested URLs. Now Google has made it convenient and intuitive to remove unwanted URL suggestions on Chrome.

Read next: Google’s search algorithm will consider ‘page experience’ as a ranking factor from next year

How to hyperlink on Reddit and link to other websites

How to create a hyperlink in Microsoft Outlook email