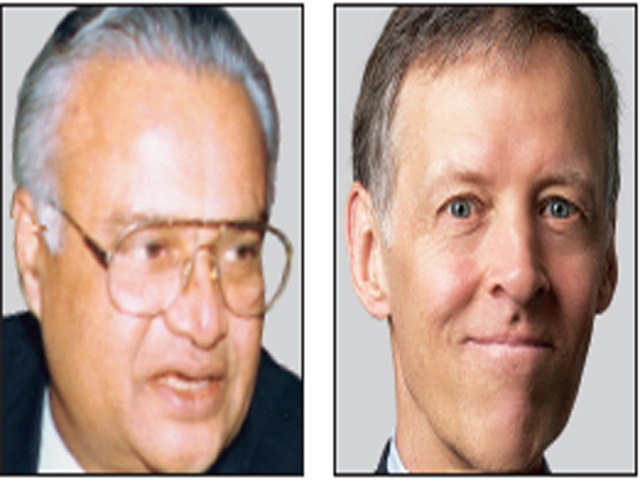 Hyperlink to a great alliance

With two of the world’s largest economies – the European Union (EU) and China – developing their own digital economy frameworks and systems of governance, and seeking to export them to their respective spheres of influence, the United States and India are at risk of being isolated.

With its comprehensive digital economy regulatory regime, including limits on cross-border data flows, onerous privacy rules and aggressive antitrust enforcement targeting US internet companies, the EU is looking to export its digital governance model to the United States. global scale. China is doing the same.

China’s strategy of a protected domestic market, coupled with a state that is a massive supplier of data to Chinese IT companies, is being exported through its Silk Road digital initiative.

If India and the US don’t want to live in an increasingly bipolar digital world – with some nations in the EU’s digital regulatory bloc and others as China’s digital colonies – it’s time for a high level digital alliance between India and the United States. .

Today, the two countries are already partners in areas ranging from trade and investment, defense and counterterrorism, science and technology, and energy and health. . Trade in goods and services between the two countries topped $ 142 billion in 2018, with the common will to increase it to $ 500 billion by 2024.

As India is a leader in IT services, building up leading companies such as Wipro, Tata Consultancy Services (TCS) and Infosys, and the United States is home to the world’s leading companies in the digital economy , becoming digital partners is the next logical step.

However, increasingly, economic policy in both countries is fueled by â€œnation firstâ€ rhetoric. Such an approach has the potential to put the two countries at daggers drawn.

For example, India’s stance on local storage of sensitive data of its citizens, especially in the payments, e-commerce and social media sectors, has raised the ire of US businesses, as have a series of restrictions. preventing US companies from entering the e-commerce market.

Mutual Forces Yet the apparent discord is not a reason to weaken the resolve to deepen engagement in existing areas and expand into others. In fact, such episodes should prompt redress through a full examination of the causes and the design of mechanisms to prevent and quickly resolve any discord in the future.

One of India’s leading positions is driven primarily by the difficulty of its law enforcement agencies in timely access to data of potentially malicious items that may be stored outside of India.

Yet rather than banning cross-border data transfers to the United States, a well-negotiated agreement between the two countries that, among other things, minimizes restrictions on cross-border data flows, maintains high levels of data protection and does not compromise the ability of GoI to access the necessary data in real cases, will be a win-win situation for both countries.

Resolving these types of existing and potential disputes through formalized mechanisms such as advance notification and structured consultation could go a long way in deepening the partnership.

However, the scope of the digital alliance should not be limited to dispute resolution. The emerging new wave of IT-based innovation is bringing stakeholders in all jurisdictions closer than ever.

A range of intermediaries have emerged to increase the convenience, security, speed and economy of the digital experience, within and across borders. Regulating accountability, dominance, grievance and taxation in the digital economy will require closer cooperation than ever between governments.

India and the United States can lead the way in working to establish best practices by making early commitments at senior levels of government on these issues, as part of a larger digital alliance. The ongoing 2 + 2 dialogue on defense and security issues could be a good model.

The digital alliance can also benefit from close partnerships between industry and civil society from both nations. Finally, each nation is leading in some areas, with India ahead of the United States in programs such as smart cities and digital identity systems.

In addition, India has taken important steps in the fight against digital piracy, with the recent Delhi High Court ruling providing a new tool for rights holders to better protect creativity related to their copyright. .

The United States is leading in broadband and moving towards 5G and e-government. When it comes to these kinds of digital policy innovations, a formal partnership can help two-way learning and implementation with appropriate customization.

India and the United States are not only naturally placed to develop a common global vision of the digital economy, but they are also equipped to present an optimal alternative to Chinese or European approaches. The leaders of both countries must actively work to achieve this goal before it is too late.

The opinions expressed above are those of the author.