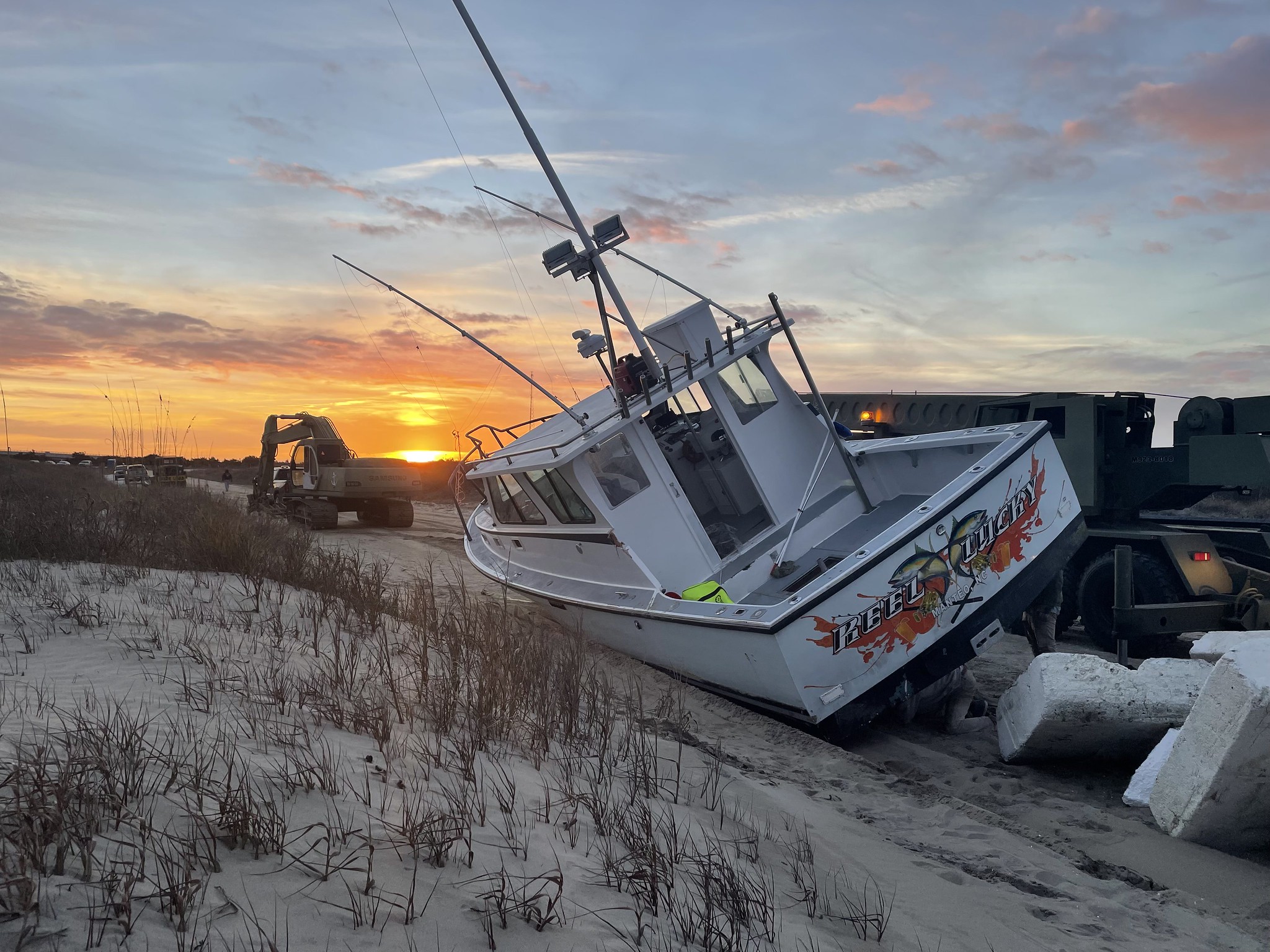 At Cape Hatteras National Seashore (CHNS) Web page was recently launched to track the status and progress of three ships that have been stranded along the coastline in recent weeks. A ship ran aground in southern Ocracoke Island on Jan. 25 and two ships ran aground Wednesday evening Feb. 2 near Oregon Inlet.

The webpage, https://www.nps.gov/caha/learn/news/vessel-groundings.htmprovides updates on these current groundings and will also be used for any future groundings within the Cape Hatteras National Seashore.

One of the Oregon Inlet vessels – a 32 foot long vessel named Bite me – was removed from federal park lands around 2:30 p.m. on February 4. The other ship from Oregon Inlet, lucky pinwheelis waiting to be removed from the edge of ATV Ramp 4, and its removal should be complete by the end of the day on Friday, February 4.

The Ocracoke Ship, Live Aqua, received a Special Use Permit Feb. 3 for the boat owner and its salvage contractor for attempts to move across the beach and into Pamlico Sound. Work is expected to start on February 5.