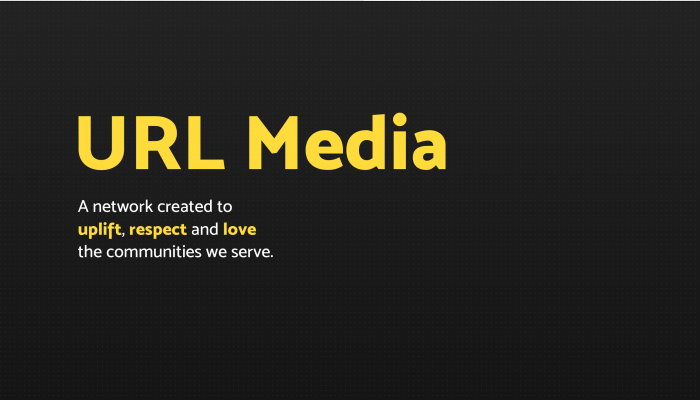 The racial reckoning in the news industry that grew stronger in 2020 continues. While some news outlets have investigated and apologized for their racist and dangerous coverage, others continue to fumble and deliver on the promises they made last summer.

But a global pandemic, a falsely contested election and an insurgency have made it clear that the public cannot afford to wait for the news industry to pull itself together. At the same time, the vibrant community media landscape, which is equipped to handle this moment, has taken a hit during the economic downturn.

S. Mitra Kalita, the former head of digital programming for CNN and a Visiting Scholar Nieman 2021, and Sara Lomax-Reese, Chairman and CEO of WURD-Radio, the only black-owned talk radio station in Pennsylvania, knew that the news industry’s problems would not be solved by a few random diversity initiatives.

Kalita and Lomax-Reese met a few years ago at the Newsgeist conference and became friends. In 2020, after the murder of George Floyd, they knew they wanted to work together on a project.

“A lot of white-run mainstream media organizations were really exploding at that time,” Lomax-Reese said. “There was this cascade of mainstream media organizations being denounced for their racist practices by their own journalists and communities. It was just a snowball. We started talking and thought there had to be something we could do collectively and collaboratively, to talk about this moment in a different way.

We stand at a pivotal moment in American and world history. We don’t want the next 4 years to be like the last 4 or 400. https://t.co/BJindjTB7N

They decided to found URL Media, a “decentralized, cross-platform network of high-performing black and brown media organizations”. (URL stands for “uplift, respect, love”. Instead of building media from scratch, Kalita and Lomax-Reese wanted to provide more support to existing media outlets that are often overlooked. They want to help community media scale their work. , reach more audiences and increase their revenue streams.

URL Media launched last week with eight inaugural partners, including Lomax-Reese’s WURD and Epicenter-NYC, a weekly newsletter Kalita has begun informing residents of her neighborhood in Jackson Heights, Queens. The other members are Documented, which covers immigration to New York; naughty, which covers movement, dissent and community in the South; Haitian weather, which covers Haiti and Haitian news through the diaspora; NDT 24, a Bengali-language television channel for Bangladeshi communities in North America; ScrollStack, an online publishing platform supporting multiple languages ​​and currencies; and Palaver, a site run by independent members of the National Association of Hispanic Journalists.

While details are still being worked out, URL Media’s overall goal is to distribute content from these outlets through social media, newsletters and the partners’ own platforms and help them grow their hearing. URL Media will also help secure advertising, sponsors, and syndication and partnership deals. The benefits of these initiatives will be shared with the members of the network.

These outlets serve highly engaged populations that do not receive sufficient coverage in mainstream news. Audience engagement has become a major goal for mainstream media organizations over the past few years, Kalita said, but members of URL Media’s network have relied on community input and needs to guide their mission since their creation.

“In creating this network, it has been a privilege to understand what these outlets represent within their communities and how they operate,” Kalita said. “In some ways, this journalism is not what the mainstream media wants. But that’s the definition of excellence in media engagement.

Convening community media is not a new idea. Kalita and Lomax-Reese pointed out that they “enter a flowing river” and understand BlackPressUSA, a black wire produced by the National Newspapers Publishers Association and Howard University, the Jewish News Syndicate; and the Center for Community Media at CUNY’s Craig Newmark Graduate School of Journalism.

According to Kalita and Lomax-Reese, what differentiates URL Media is how it will leverage technology to improve distribution, amplify stories and generate revenue for participating outlets. During the first few months, they will focus on understanding the individual needs of each member of the network and fine-tuning the distribution and sharing of content. They will also develop syndications and partnerships. Ultimately, mainstream media will be able to pay to repost articles from the network and work with them on reporting projects.

“In a capitalist society like America, you have to have money. Money has to be part of the equation so there’s a way to start leveling the playing field,” Lomax-Reese said. “An important part of our model is that we want to be able to be additive, revenue-wise, to network partners. We’re not saying we’re going to become their primary source of revenue. All of these organizations are very They already have great content, they have an audience, they have revenue. We want to be part of the return of revenue to partners through this network.”

This is why it was important for them to launch as a for-profit organization. Kalita and Lomax-Reese are aware of the racial wealth gap, and the way to help close it is to generate profits on the job.

“I don’t want the coverage that we cover from our partner organizations, which are a mix of not-for-profit and for-profit organizations, to have to be in the area of ​​charity,” Kalita said. “Because it holds us back. That’s part of the problem with coverage and mainstream media. Stories about certain communities are always from the perspective of that community being submitted.

However, they plan to launch a nonprofit arm that will raise dollars through fundraising and grants. Many news outlets operate this way, Kalita said, but being defined solely as a nonprofit organization would limit URL Media’s overall mission.

“It’s high time for a radical and radically different approach to diversity, equity and inclusion,” Lomax-Reese said. “In the place of [a mission] centered around diversifying whitespace, let’s create something that will actually help build and grow our voices on our own terms. And instead of always starving and barely getting by – instead of having crumbs and being the partner in name only – we become centers of experimentation and leaders.