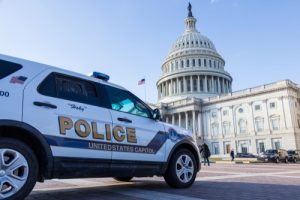 “This committee has a responsibility to the men and women who protect the Capitol to oversee their leadership and part of that is to hear from officers and other staff when problems arise,” said Representative Davis. “I know that not all officers or employees on the base are comfortable speaking publicly about these issues, but it is important that we hear them and it provides them with a confidential means of doing so.”

Through the web form provided on the site, United States Capitol Police (USCP) and Sergeant-at-Arms (HSAA) security officers and personnel can communicate privately with the committee regarding their concerns, according to information provided by staff at Representative Davis, who launched the page with administrative support from the House Whistleblower’s Office as part of its ongoing efforts to make the USCP and HSAA more transparent and accountable.

In the previous Congress, the majority of the House administration committee conducted only one review hearing with the USCP, according to Representative Davis’ office, and did not follow the Advancement Act Capitol Police, HR 7513, which Representative Davis introduced in July 2020 to establish reporting duties for the USCP to improve transparency and accountability.